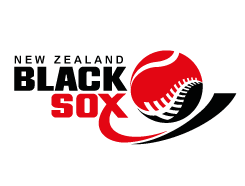 The New Zealand men first stood on the champion’s rostrum in 1976 at Lower Hutt. The championship was a three-way tie between New Zealand, the US and Canada, after rain washed out the tournament.


Mike Nichols outstanding performance in the three play-off games after struggling for form in pool competition. His .600 plus batting average in the final 3 games assisted NZ to the World title, his automatic HR in the 4th inning gave NZ a 4-3 lead over the USA in the major semi-final. In the final against Canada he walked in the 1st inning, stole 2nd base and scored on an Ian Stringer double. In the 7th mike tripled and scored on a wild pitch to assist NZ to their historic 3-1 success. By Mike Walsh


The 1988 World Championship consisted of 14 entries, which made it a round-robin tournament plus play-off finals. In the middle of the event two days of rain and cancelled games compounded the difficulty of completing the tournament.
The NZ team played 17 games in ten days including 4 games on finals day, physically and mentally exhausting. At the 1988 World Championship in the last round-robin against the unbeaten USA produced an amazing performance by Dave Wall. After 4 innings USA were leading 2-0, NZ loaded the bases with 2 outs and Dave Wall hit an historic grand slam.
In the next 2 innings USA tied the game 4-4 to send the game into extra innings. Again NZ loaded the bases with 2 outs and Dave Wall hit a double to give him 6 RBI’s for the game.
At the bottom of the 8th inning, USA loaded the bases with 2 outs and a deep fly ball down the left field, which saw Dave Wall make an excellent recovering catch to seal an incredible win. By Mike Walsh


The Philippines hosted the 1992 World Championship an provided amazing attendances and atmosphere for everyone. The local softball knowledge and enthusiasm for the event was contagious.
In the first game of the play-off finals NZ played Japan who had beaten NZ in the previous World Championship.
On the mound for Japan was the outstanding pitcher, Nishimura who is world class. His ability plus the brilliant Asian defence made Japan formidable opponents.
The NZ pitchers, Chubb Tangaroa also had an outstanding performance restricting Japan to just one hit.
The intense scoreless struggle was finally broken when the NZ DH, Steve Roberts hit a towering automatic HR and 1-0 win.

Canadian Pitcher Darren Zack, rated No1 in World Softball against the outstanding NZ hurler, Michael White.
Both teams were stacked with excellent talent and scoreless game until the 5th inning when a Taifau Matia triple followed by a squeeze push bunt from Dean Taikato gave the Black Sox the 1-0 lead.

A massive 2 run automatic HR from Paul Walford made it 3-0 after 6 innings. Then a double from Thomas Makea in the 7th scored Dion Nukunku for a 4-0 World Championship victory. However an incredible pitching performance from Mike White dominated this game. His perfect game in a World Championship final, supplied by brilliant NZ defence made this an unforgettable Black Sox success.


One pitch away from coming 4th.
Competition for the world title in East London was wide open with the pre-tournament favourites, the Black Sox and Canada, playing each other in a single elimination game – the loser going home out of the medals. The Black Sox jumped out to a three run lead on the back of runs driven in by Thomas Makea and Taifau Matai and a Mark Sorenson homerun. The Canadians started their comeback with a run in the 6th inning and a further run in the 7th resulting from a two down rally. When the final out was taken, Craig Crawford ground ball the Dion Nukunuku, the Canadians had runners on 2nd and 3rd.

Bevan Martin MVP
Bevan Martin typified the selflessness required to win a world title. Bevan was the backup catcher, to arguably, the greatest softballer ever – Mark Sorenson. As the tournament reached its climax during the playoffs Bevan’s playing time dried up. Recognising that the value he could add to the side would not be on the diamond he took on the role of helping Mark’s preparation by removing the energy draining activities from Mark. This enabled Mark to maintain his freshness throughout the playoffs. Actions like this were not isolated in Bevan’s case – in my eyes he was our most valuable player. Without his contribution Mark would not have performed at the level that inspired the side to a world title.

The final vs Japan
We arrived at the championship game full of confidence after taking care of the United States 3-1 on the back of a dominate pitching performance by Paul Algar. The final was delayed after a dispute with the playing uniform – Japan refused to change to their dark top stating that they were back at their hotel. We couldn’t give a toss what top we wore as they all had New Zealand on the front. The final quickly settled into a pitching duel between Marty Grant and Nishimura. Japan took the lead in the 3rd inning after a comedy of errors – we made 3 errors on one play. We made more errors on that one play than we did the entire tournament to that point. Jarrad Martin levelled the score, deflating the Japanese in the process, with a 2 strike homerun over centerfield. The winning run came at the bottom of the 6th when Thomas Makea scored on a deep fly ball by Donna Hale. The winning run was everything but routine as Thomas left 3rd about a metre early – realising his error he returned to 3rd and charged for home without a play by the Japanese as their attention was diverted by Taifau Matai on 2nd base. Marty went on to complete the victory with an outstanding no hit 17 strike-out performance.


The return of Mark Sorenson
Mark Sorenson retired from international softball after the 2000 World Series in South Africa. His retirement marked an extraordinary career that included 1 youth world title in 1985 and 3 senior world titles in 1984 (as a 16 year old), 1996 and 2000. Mark continued to play in the USA and when Christchurch won the bid to host the 2004 World Series it presented Mark and the rest of the squad a once in a life time opportunity – winning a world title in New Zealand. When Mark returned to the side he again showed his class as he adjusted to a team was very different to one he left in 2000.

Marty Grant injury
Leading into the 2004 world series Marty Grant was in the form of his life and primed to lead the Black Sox pitching staff throughout the tournament. Two days out from the tournament Marty tore his calf muscle in what only can be described as a freak injury - if I didn’t see it I wouldn’t believe it. Marty was supremely fit and was easing into our training with a very slow controlled jog when the injury occurred. Marty’s injury was devastating for Marty, his family and the softball community. The softball community viewed Marty as the pitcher that would win the world title for the Black Sox, therefore, when news of Marty’s injury, and subsequent withdrawal from the world series, got out their anxiety levels rose sharply. The team did not feel the same anxiety – we certainly felt for Marty – but we knew that it would take all 17 members of the team to win the world series, therefore, we needed more than Marty to win. Therefore, nothing had changed – the teams confidence levels remained high as they had faith in each other.

Cameron Duncan’s impact on the team
Cameron Duncan was a truly amazing New Zealander that had a huge impact on the Black Sox as we prepared for the 2004 World Series. Cameron was destined to leave his mark on New Zealand’s softball diamonds and film industry. Cameron tragically lost his life to cancer shortly before the World Series at the age of 17. An illustration of the impact that Cameron had made to the film industry was captured by Peter Jackson, who said at Cameron’s funeral, that this remarkably gifted writer and director would have become one of New Zealand’s greatest film makers. “I am in awe,” he said, “of all he has achieved in his young life”. His semi-autobiographical softball film Strike Zone featured a number of the Black Sox world championship team. Cameron shared with the team his outlook of having no regrets – getting to the end of every day celebrating everything that he had achieved never looking back and always looking forward to tomorrow.

USA game
Losing to the Canadians in the last game of section play meant a date with the undefeated USA side in the first game of the playoffs. The prospect of playing the USA was not something that the NZ media and softball community looked forward to – the team on the other-hand knew that anyone we played in playoffs would be tough, therefore, it didn’t matter who we played. We went on to beat the USA 9 nil on the back of a dominating hitting display. However, the defining moment came at the top of the first inning when the American’s had runners on 2nd and 3rd with 2 down. Jim Wana crossed up Mark Sorenson by throwing a rise ball when Mark was expecting a drop ball - Mark recognising what happened took the rise ball off the shoulder, thereby, saving a run and ending the US threat.

Canada semi final game – relentless hitting
Unlike our meeting with the Canadians in East London in 2000, where the loser was out of the tournament, the winner of this game progressed straight to the final. The hitting display was the most impressive of the tournament to date – the Canadians threw 4 world class pitchers at us with none being able to stem the tide. Against the Canadian pitching we scored 13 runs off 16 hits, spread across 8 players including homeruns to Patrick Shannon, Thomas Makea and Brad Rona (2). The display was relentless – it never stopped – I likened it to waves crashing onto a beach never letting the Canadians to catch their breath.

Jim Wana
Jim was absolutely huge for the team during the world series. He emerged as the ace of the pitching staff and was our rock that anchored our defence. He entered the tournament under huge pressure with the injury to Marty Grant. Despite an outstanding career it was Jim’s first world series. His ability to hit his spots under pressure meant that we were rarely under pressure when he was on the mound. His selflessness when learning that he didn’t have the ball in the final was also a testament to his character. He prepared for the final as if he was the starter which enabled him to perform from the very first pitch when he entered the game in the second inning – effectively extinguishing the Canadian bats. The joy of Jim’s face as he hit his spot on the final pitch to Colin Abbott summed up the Black Sox tournament – he knew he had done his job and his teammates would do theirs with Dion Nukunuku fielding the ground ball and relaying it to Jarrad Martin for the final out.

The Final – Dion Nukunuku last at bat
Dion Nukunuku has played in four world championships 1992 through 2004. During his long career he has never hit a homerun for New Zealand. Therefore, it could not have been scripted any better – his last at bat for New Zealand was in the bottom of the 6th inning with the Black Sox ahead 8 – 4. He dispatched a drop ball over the centre field fence for his first homerun in his last at bat – it was at that point I knew that this remarkable team would win the 2004 World Softball Championship. Dion’s homerun is captured by Kevin Clarke in a photo that I believe sums up the Black Sox. It captures Dion, as he is rounding 2nd base, pointing to his children in the stand.