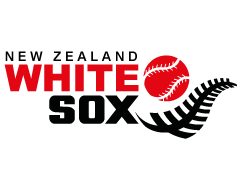 Countries: (8) Japan, USA, Philippines, Mexico, Australia, China Taipei, New Zealand, Canada and Zambia. Five years later, in Osaka, Japan 1970 the list of teams increased to eight, with Mexico on behalf of Hispanic America.
The competitors were: Japan, USA, Philippines, Australia, Mexico, Chinese Taipei, New Zealand, Canada and Zambia.
Japan dominated the tournament with a 9-1 record and took the title by defeating the U.S. 1-0 shutout. The Philippines was third after beating 1-0 to Australia.

The town of Stratford, Conn., USA, was the first to welcome in 1974 in the Americas, world softball championship.
A total of 17 teams participated in the tournament, divided into two groups of eight and seven participants. It was the year that Venezuela made its world debut, to be included in Division One, where it occupies the bottom rung with a record of zero wins and seven setbacks. Japan dominated the group with seven wins with no defeats, and the United States did the same in the other division unbeaten in six games. U.S. hegemony began there in the World Cup after a 3-0 win in Japan, and Australia was the third step beating the Philippines 4-0.

World's first Hispanic American soil was held in El Salvador 1978, its capital (San Salvador), welcomed back 17 teams divided into two groups of eight and seven participants.
El Salvador, Puerto Rico, Guatemala, Panama and Nicaragua were the representatives of the Hispanic America. The group dominated with a record of 6-0 Canada and the United States took possession of the other
key to 7-0. In the end, the Americans won the second championship in a row after a 4-0 whitewash Canada and New Zealand won the bronze by winning 3-1 to Chinese Taipei.

On Sunday the United States in the world had a brief break in the championship held in China Taipei 1982. In this edition, the number of participants grew to 23, split into four groups. For Venezuela is their second appearance in the world, and ranked third in Division Two, with a record of 4-2, enough to advance to
the next round. United States (6-0), Canada (6-0), New Zealand (5-1) and Chinese Taipei (6-0) commanded divisions. New Zealand cut the string of consecutive titles in the U.S., after beating them in the final 2-0. to Chinese Taipei and
Australia, Australia hung the bronze medal after being defeated 1-0.

The champion team last year, accounted for defending the title at home in the city of Auckland, New Zealand, in 1986. At that time reduced the number of participants in eleven countries, who played in a group in a round-robin. United States remained undefeated with a record of 11-0. Dominated in the final clash 2-0 to China, while New Zealand kept the bronze after falling 9-1 to China in the game that gave the pass to the
final.

Twenty sets competed in the World Championship VII, held in Normal, Illinois, United States, divided into two groups of ten countries. Puerto Rico, Mexico, Cuba and Argentina were the representatives for Latin America.
The United States dominated the group with a 9-0 record and New Zealand won the other registry key with 8-1.In the semifinals 6-1 United States beat China 1-0 New Zealand and Australia.
New Zealand beat China 1-0 in matches in the final round, but heavy rains in Illinois prevented the completion of the championship, and decided to award the gold medal to the United States based on their unbeaten record in the first phase. The silver medal went to New Zealand and the bronze to China.

The eighth world championship was last held in the city of St. John's Newfoundland, Canada, which was attended by 28 countries, divided into four groups of seven countries each. United States controlled the group with a 6-0 record, New Zealand, group two with 6-0, China sent in group three with Australia 5-1 and group four with a 6-0 record.
The final was won by the Americans to beat China 6-0 and the bronze went to Chinese Taipei with a 1-0 victory over New Zealand.

The city of Fujinomiya, Japan, the ninth world championship organized in which 17 teams competed. Venezuela returned to the competition in Group Two, and ranked fourth in that division with a record of three wins and
four setbacks. The United States dominated the first set and the championship with 8-0, while Australia controlled its 7-0 division record. USA took the title with a 1-0 victory over Australia and Japan took the bronze after falling
4-0 to the U.S..

The tenth world softball was held in the city of Saskatoon, Canada, where 16 teams competed in two groups of eight teams each. Venezuela is in group two, which culminated on the fifth step with a record of three wins and four setbacks. United States won their fifth title in a row, beating Japan 1-0 in the decisive match, Chinese Taipei hung the bronze after losing to Japan 2-1.

As a prelude to the 2008 Olympics, Beijing hosted the eleventh edition of the softball world, where 16 teams will be measured again separated into two groups. Venezuela participated in the third consecutive world and that got his
most outstanding performance, to get to 5-2 in the first round that gave him access for the first time in history, to the semifinal round, where he was eliminated in February -1 Italy. United States and Japan dominated the qualifying round with identical 7-0 records, and as expected they faced in the final. The Americans won their sixth straight title and eighth of the tournament's history to whitewash Japan 3-0. Australia was third after losing 5-1 against the
United States in the clash to advance to the final.