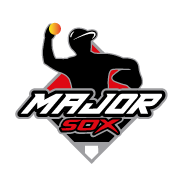 Monday 8th July:
9am -11.30am Youth Clinic at Sunnyside Park

The Major Sox U23 Women’s Team have received some good news in the appointment of Kyla Bromhead as their Assistant Coach. Bromhead a White Sox representative from 2006 to 2018 including 3 World Championships will bring a wealth of invaluable knowledge and support to the position and team.

The Waitakere Bears catcher and Head Coach of the clubs U17 Girls programme will draw upon national and international experience as the Major Sox prepare for the illustrious Canada Cup in July.

NAMING OF THE MAJOR SOX TEAM TO CANADA CUP

Softball New Zealand is pleased to announce the Major Sox U23 Women’s Team to compete at the Canada Cup.

The 2019 Canada Cup International Softball Championship will be held from July 5 - 14, 2019, in Surrey, British Columbia and will promote the development of the sport by helping young female athletes reach for their personal best. The Canada Cup organisers invite hundreds of college and university scouts to the event providing players with an excellent opportunity to be considered for scholarships to some of the top schools in North America.

Softball New Zealand is pleased to announce Rebecca Annan as the newly appointed manager for the Major Sox Women's Team.

Rebecca is the current manager for the Howick Women’s Premier team. From a representative perspective Rebecca managed the Auckland U15 and U18 Girls team that both finished second at their national championships last month. In addition she was selected Tournament Team Manager at both events.

Having played the game for over 30 years in both New Zealand and the UK Rebecca will offer great support to MSX Head Coach Stan Doney.

Off the diamond Rebecca has worked with the top three NSO’s in Rugby, Netball and Cricket as their Commercial Partnerships Manager over the past four years.

DONEY ONBOARD WITH WOMEN'S NATIONAL TEAMS

Softball New Zealand is pleased to announce Stan Doney as the Head Coach of the Major Sox U23 Women’s team. In addition Doney will take over the Assistant Coach role for the White Sox to the Asia Pacific Cup in late January.

Doney who boasts an impressive CV brings a wealth of international experience to the programme having coached in Europe for the last 15 years.

coaching stints with club and national teams in the United Kingdom, Denmark and Netherlands has provided a remarkable list of successes in both the men’s and women’s game. The most notable achievement is Doney’s contribution to the coaching staff of the Dutch National Women’s Team who finished fourth at the 2016, World Championship in Surrey Canada. Doney concedes he has mixed feelings about that event given the Dutch brought down the New Zealand White Sox knocking the Kiwis out of the tournament with a comprehensive 8-2 victory. Doney says he remembers this day like it was yesterday. “The Dutch team talk the night before gameday I remember saying to the Dutch players with a smile that I am going to win either way tomorrow. My national team players from Olympia Haarlem smiled as they understand my humour but the rest of the national team were not impressed! Luckily we had a few contacts in New Zealand to scout the players as information can be limited at these events. We had a plan in place and it worked. At the end of the day softball is a sport and sport is to be enjoyed. It was a lot of fun. I look forward to creating many memorable and enjoyable moments with the ladies lucky enough to be selected to this U23 team", Says Doney.

An Auckland native and Head Coach of the Howick Women’s Team Doney has returned to his homeland to support the game at regional and international level.

Doney will attend the U23 Nationals in Lower Hutt next month to look for talent and select a squad to prepare for the Canada Cup in July 2019.

“The first thing I will be looking to do is to contact White Sox Head Coach Kevin Gettins and work out what his philosophies are on the game of softball and what type of athletes he likes to have in his squad. Once we find the middle ground and agree on a way to play then I will know what athletes I am looking for in the U23 team to give them the best chance of not only making the senior White Sox team but producing and "putting up numbers" that will help the senior team. This U23 group creates that opportunity for the players who have either graduated from the U19 NZ junior team but cannot quite make the senior team or players who developed their talents at a later age and may have missed out on U19 selection. This is a brilliant opportunity for players to put their hand up and show that they can perform on the international stage. First though they have to put their hand up and perform at Nationals”, he says.

NEW ZEALAND A TO COMPETE IN SOUTHERN CROSS

Head coach Carl Tuinenga and Assistant coach Alison Boys in conjunction with the national selectors have named a team of 14 to compete in the Southern Cross Softball Tournament in Christchurch, 25-28 March.

The New Zealand A team is part of an extended White Sox squad allowing the wider group opportunities to be part of the national environment.

The team is one with plenty of youth, a team that is likely to farm athletes towards the 2018 WBSC–SD World Championships in Chiba, Japan. The 2018 event is extremely significant given it will determine the teams to compete in the 2020 Olympics, subject to the decision of Softball being reinstated after the Rio Olympics this year.

White Sox A is spearheaded by three Auckland pitchers; Pania Monk, Beth Stavert and Tyla Morrison. The team also contains Gillian Wills and Keri Simeon who were recently named as non-travelling reserves for the New Zealand White Sox to compete at this year’s World Championships in Vancouver, Canada.

The Southern Cross will provide a tough and competitive environment in the form of competition from Queensland Heat and locals the Canterbury Red Hawks.

The Softball New Zealand President Lyn Lockhart proudly announces the New Zealand A Team to compete in the Southern Cross.

Coach Kevin Gettins has named the following players to attend the Australian U23 National Tournament in Brisbane in late April 2015.

NEW ZEALAND WOMEN'S TEAM TO COMPETE AT THE AUSTRALIAN U23 NATIONALS

The NZ Women's Team that will compete at the Australian U23 Nationals in Brisbane in April this year will be decided this week. Head Coach Kevin Gettins has confirmed the current Junior White Sox and previous White Sox players will asked if they are available for selection for the tour.  Should availability be limited, or key positions light, Coach Gettins has advised that he will approach current elite players if necessary to cover any gaps. The team announcement is expected on Friday 20, March.

The tournament will be held in conjunction with the Southern Cross Challenge which will be hosted at the Redlands Softball Centre on the eastern outskirts of Brisbane, close to the foreshore of Moreton Bay. The Southern Cross Challenge is an initiative by Softball Queensland (Australia) and Canterbury Softball Association (NZ) to provide an annual international standard softball competition in the southern hemisphere. For 2015, Softball Australia has confirmed that they will hold the U23 Nationals alongside the Challenge. Tournament dates are 24 – 27 April, and the team will depart 23 and return to NZ 27 April.